Bucolique Varièe, Paul Pierné, SAB or SAT SaxTrio. Pierné’s pastoral Bucolique Varièe is a dreamy and sometimes wistful piece with the form of a simple theme and variations that increase in complexity with each variation. It was originally written for oboe, clarinet, and bassoon. This transcription is for soprano, alto, and baritone (or tenor) saxophones. The piece opens and closes with a statement of a simple unaccompanied melody for the bari sax, but the variations become more complex and chromatic as the piece progresses. 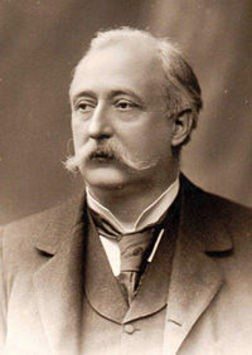 Paul Pierné (30 June 1874 – 24 March 1952) was a French composer and organist. Born in Metz, he was a cousin of composer and organist Gabriel Pierné. His first musical lessons were from his father Charles, himself a former student of César Franck. Pierné later studied at the Conservatoire de Paris under Georges Caussade and Charles Lenepveu. He received a mention in the 1903 Prix de Rome, and took second place in the competition in 1904.

He served as organist at St-Paul-St-Louis Church in Paris, succeeding his father in the position in 1905 until his own death in Paris 1952.