Fanfare from Sinfonietta, by Leoš Janáček arranged for saxophone choir SSSAAATTTBBBs + timpani. After hearing a brass band, Janacek decided to write a fanfare. In 1926 an athletic organization  commissioned a work for a gymnastics festival.  To fulfill the commission Janacek composed his Sinfonietta. The fanfare became its first movement.

Although Janacek is known for his many operas, the Sinfonietta is his most popular instrumental work. The Fanfare is its best known section. Repeated phrases evolve through a series of short sections that build to an incredible climax. This piece is aurally stunning and rivals Aaron Copland’s ‘Fanfare for the Common Man’ as the most impressive of its type. The Fanfare is more than just a lively introduction and coda to the Sinfonietta. Much of the thematic material you hear throughout the piece is connected through a subtle web of musical relationships. Many of the tunes are closely related to the opening fanfare.

Included with this saxophone choir arrangement of Fanfare from Sinfonietta are the following parts: 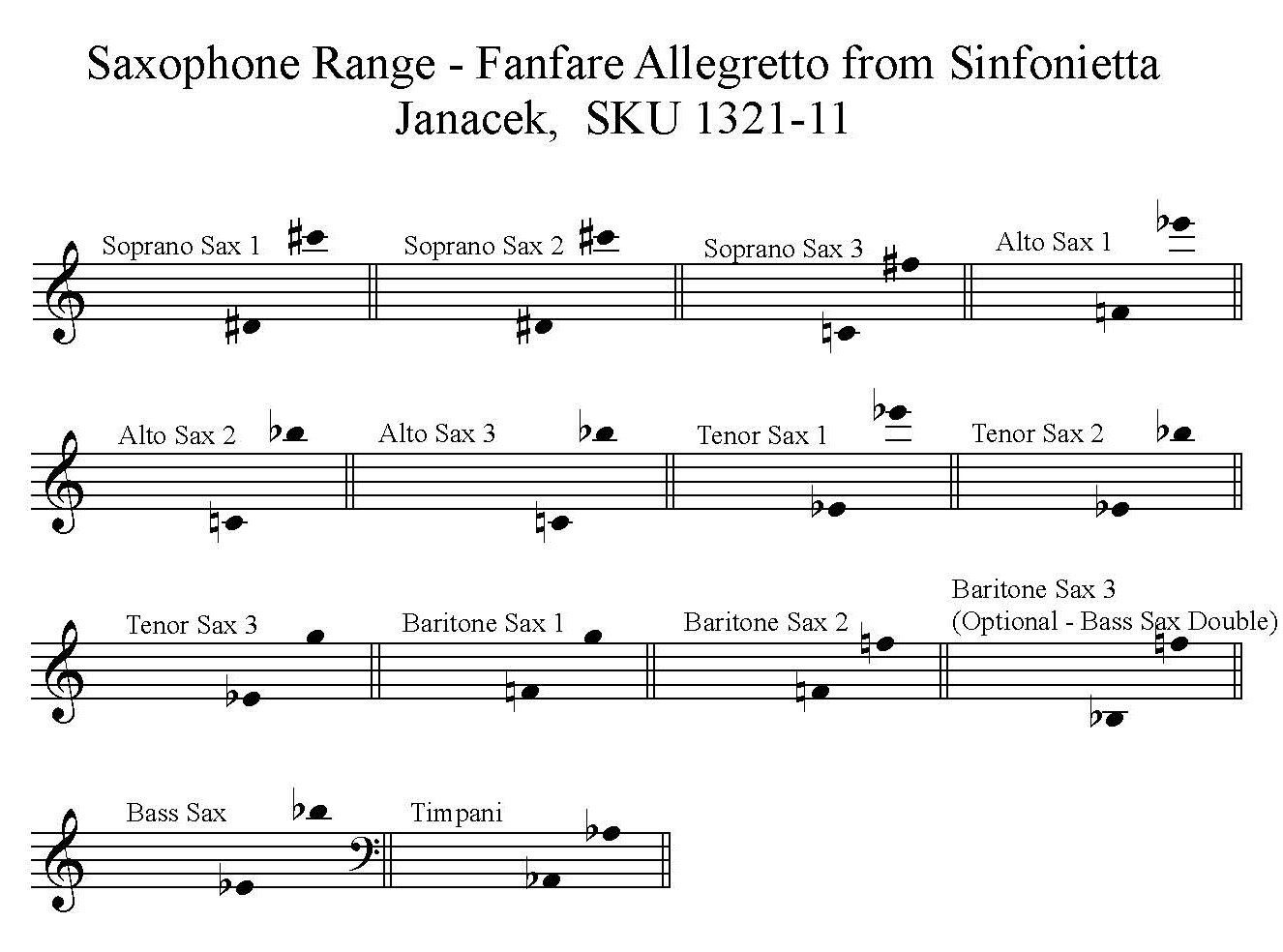 Leos Janácek (1854-1928) is regarded as the greatest Czech composer of the early twentieth century. In his early works, Janácek followed a traditional, Romantic idiom, typical of late nineteenth century music. However, Janácek immersed himself in the folk music of his native Moravia, gradually developing an original compositional style. Janácek actively contributed to his country’s musical life as a teacher, critic, and organizer. Founder of the Brno Organ School (later to become the Brno Conservatory), director of the Czech Philharmonic Orchestra, teacher at the State Conservatory of Prague, and initiator of many musical festivals, Janácek greatly enriched Eastern European music education and culture. 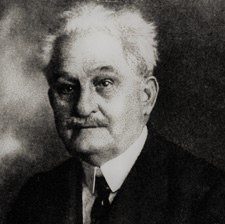 Janáček was a choirboy at Brno and studied at the Prague, Leipzig, and Vienna conservatories. In 1881 he founded a college of organists at Brno, which he directed until 1920. He directed the Czech Philharmonic Orchestra from 1881 to 1888 and in 1919 became professor of composition at the Prague Conservatory. Deeply interested in folk music, he collected folk songs with František Bartoš and between 1884 and 1888 published the journal Hudební Listy (Musical Pages). His first opera, Šárka (1887–88; produced 1925), was a Romantic work in the spirit of Wagner and Smetana. In his later operas he developed a distinctly Czech style intimately connected with the inflections of his native speech and, like his purely instrumental music, making use of the scales and melodic characteristics of Moravian folk music. His most important operas were Jenůfa (original title, Její pastorkyňa, 1904; Her Foster Daughter), which established Janáček’s international reputation; Věc Makropulos (1926; The Makropulos Case), Z mrtvého domu (1930; From the House of the Dead ), the two one-act satirical operas Výlet pana Broučka do Mĕsíce (Mr. Brouček’s Excursion to the Moon) and Výlet pana Broučka do XV stol (Mr. Brouček’s Excursion to the 15th Century), both performed in Prague in 1920, and the comic opera Příhody Lišky Bystroušky (1924; The Cunning Little Vixen). His operas are marked by a skilled use of music to heighten dramatic impact.

His choral works also show his manner of modelling the writing for voices on the inflections of his native language, most significantly the Glagolská mše (1926; Glagolitic Mass), also called the Slavonic or Festival Mass. It is written in the liturgical language Old Slavonic, but because it uses instruments it cannot be performed in the Orthodox Church service. His song cycles Zápisník zmizelého (1917–19; Diary of One Who Vanished) and Řikadla (1925–27; Nursery Rhymes) are also notable.

Janáček visited Russia three times and developed an interest in Russian language and literature. Works arising from this interest include the opera Kát’a Kabanová (1921) and the orchestral rhapsody Taras Bulba (1918).

Janáček also wrote a number of instrumental chamber works in which, as in his vocal works, he manipulates blocks of strong harmonies and repetitive melodies influenced by the contours of his native folk music. His use of elements of folk music and his attention to speech inflection mark him as a 20th-century counterpart of Mussorgsky. Although some influence of the French musical Impressionists appears in his later works, Janáček’s style remained highly individual and original.