Pictures at an Exhibition Flute Quartet with Piano

Pictures at an Exhibition, 1874

Pictures at an Exhibition by Modest Mussorgsky, arranged for Flute Quartet and Piano by Michael Prudchenko. The 1874 composition was originally a suite for piano dedicated to his friend Victor Hartmann. Mussorgsky’s most famous piano composition has become a showpiece for virtuoso pianists and (through the Ravel orchestration) and orchestra musicians.

The idea behind the composition of the musical work, “PICTURES AT AN EXHIBITION” was a showing of the works of the artist Victor Hartmann who until his death in 1873 had been an intimate friend of Mussorgsky. Individual movements are introduced and linked with a repeated and varied “Promenade” section. The movements are:

The flute quartet and piano arrangement of Pictures at an Exhibition provides ample opportunity for showmanship in each part. The following parts are included in this set:

The printed parts and score are 9” x 12”. The full score and piano part are coil bound. Flute quartet are saddle stapled.

Modest Petrovich Mussorgsky (born March 9 [March 21, New Style], 1839, Karevo, Russia—died March 16 [March 28], 1881, St. Petersburg). Mussorgsky was an extraordinarily individualistic Russian composer of the late 19th century. His most famous works are the opera Boris Godunov, the orchestral tone poem Night on a Bald Mountain, and the piano suite Pictures at an Exhibition. As a composer he was often in deliberate defiance with the conventions of Western music and was one of the group of Russian composers named ‘The Five’ who aimed to establish a Russian national style of music composition.

He lived a turbulent life. Many of his most famous works were left unfinished at his death. On February 24, 1881, three successive attacks of alcoholic epilepsy laid him low. His friends took him to a hospital where for a time his health improved sufficiently for one of the leading Russian artists of the day, Ilya Repin, to paint a famous portrait of him. Mussorgsky’s health was irreparably damaged, however, and he died within a month, shortly after his 42nd birthday. 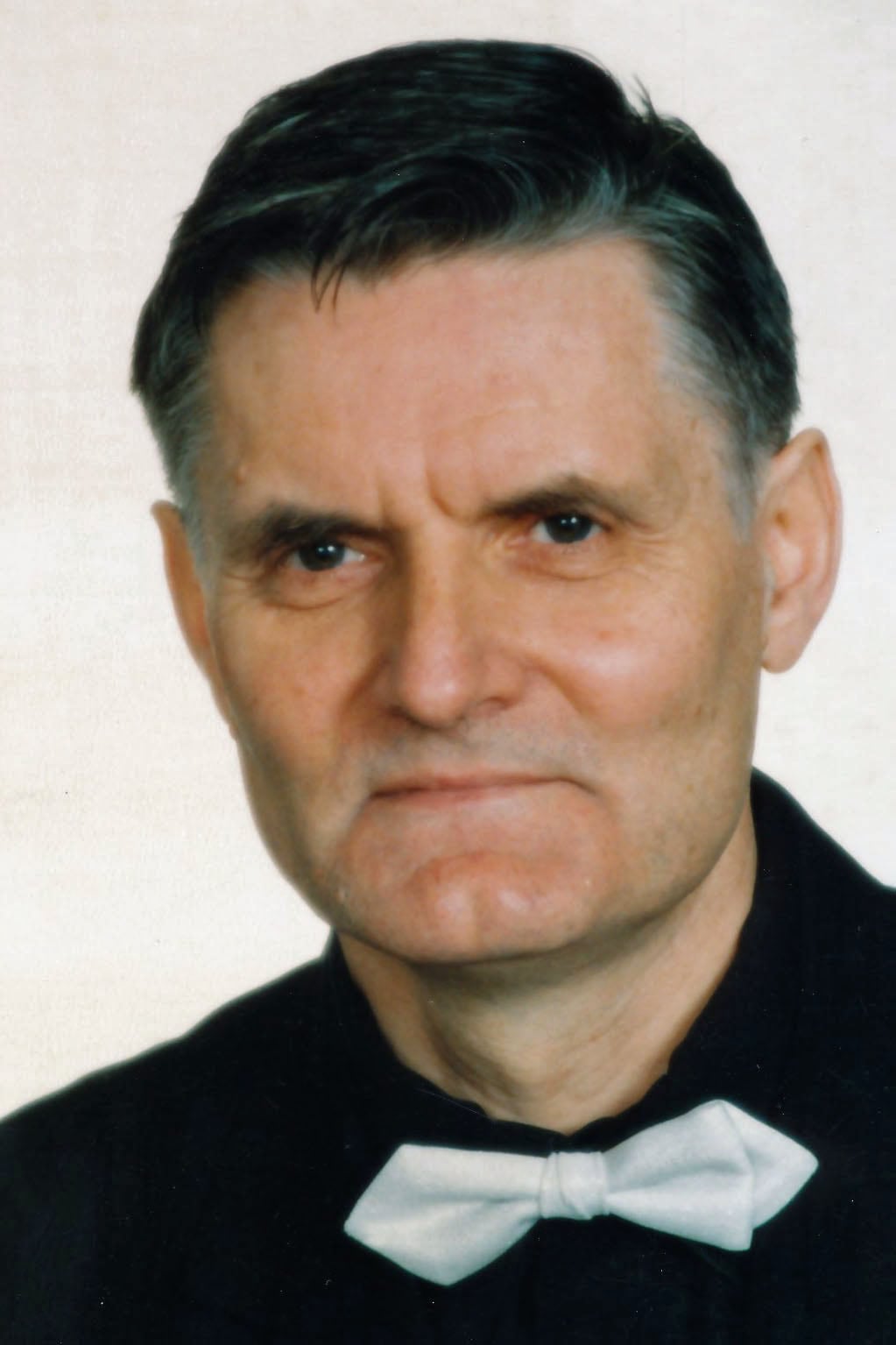 Share a link to a video or audio when you perform this piece and receive a coupon for 15% off your next SAXpress sheet music purchase. 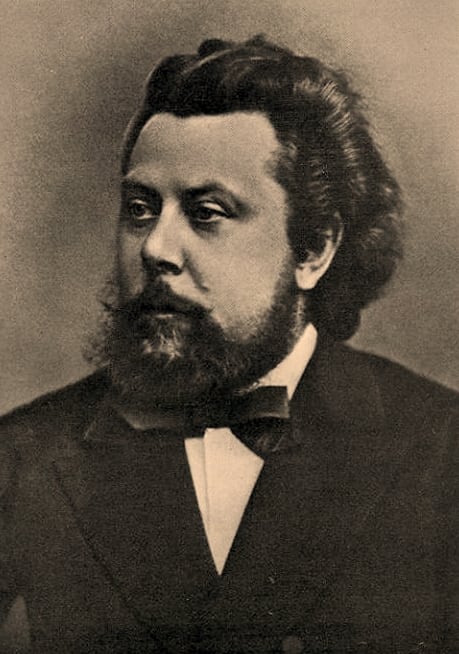 Mussorgsky was an extraordinarily individualistic Russian composer of the late 19th century. He is most noted for the opera Boris Godunov, the orchestral tone poem Night on a Bald Mountain, and the piano suite Pictures at an Exhibition. He was often in deliberate defiance with the conventions of music in the West and was one of the group of Russian composers named ‘The Five’ who aimed to establish a Russian national style of music composition.

Modest Mussorgsky was born into an aristocratic family, 400km from St. Petersburg. He learned piano from the age of 6 and three years later he was able to perform works by John Field and Franz Liszt for family and friends. He and his brother attended the elite German-speaking Petrischule in St. Petersburg, where the young Modest continued with his piano lessons, followed by the Cadet School of the Guard. Late he worked for the Russian Imperial Guard, where his detrimental habit of alcoholism began.

At the age of 17 that Mussorgsky’s musical life took off. He met the composer Alexander Borodin while they were both working at a military hospital. Borodin became his new teacher and introduced him to composers that were to have a huge effect on him: Balakirev, Dargomyzhsky, Rimsky-Korsakov and Cui as well as the music critic Vladimir Stasov. In 1858, Mussorgsky resigned from the Russian Imperial Guard to devote himself entirely to music. By that time, he was a student of Mily Balakirev.

The composers Mussorgsky associated with believed in the development of a Russian nationalistic style of composition. Although he had great respect for Western music, he was also explored the creation of a truly Russian music by finding inspiration in folk songs, fairy tales and the use of exoticism melodically, rhythmically and harmonically.

At the age of 26, Mussorgsky’s mother died and his dependence on alcohol became worse. A year later, he finished the original version of Night on a Bald Mountain. The work was never performed in Mussorgsky’s lifetime as it was perceived as too radical for Balakirev who refused to conduct it. It was not performed publicly until the 1880s – his good friend Rimsky-Korsakov made a revision of it and conducted it after Mussorgsky’s death.

It was at the Slavonic Congress of 1865, that a group of composers became known as Moguchaya kuchka, ‘The Five’, also known as ‘The Mighty Handful’. They were Mussorgsky, Rimsky-Korsakov, Balakirev, Borodin and Cui. It was around this time, however that Mussorgsky was seeking less approval from Balakirev in favor of the much older composer Alexander Dargomyzhsky, who encouraged him to write operas. Mussorgsky’s opera Boris Godunov was completed in 1871. Excerpts of it were performed at the Mariinsky Theater and its popularity marked the peak of Mussorgsky’s career.

After this success Mussorgsky went into rapid decline. The deaths of various close friends and colleagues caused him much grief. He wrote to Vladimir Stasov “The Mighty Handful has degenerated into soulless traitors”. Although alcoholism was one of his personal vices, at the time it was not unusual for young men of his class and temperament to drink as an anti-establishment rebellion, idealizing their heavy consumption of alcohol. He spent most of the last years of his life socializing with other Bohemian non-conformists in taverns of low repute, leading to his death.

During this dark period, however, he still had some creative drive and he produced his famous Pictures at an Exhibition, as well as Sunless, the Khovanschina Prelude and he also began work on an opera based on Gogol, The Fair at Sorochyntsi, for which he produced a choral version of Night on Bald Mountain. One of the most powerful works he produced in the last six years of his life was the Songs and Dances of Death. The Russian painter Ilya Repin completed his famous portrait in the last days of Mussorgsky’s life, which shows a disheveled and ruined man.